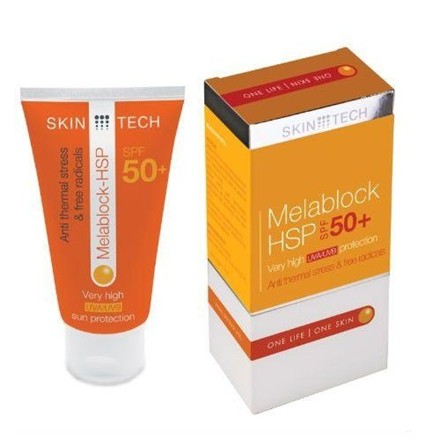 Skintech Melablock HSP SPF50+ sun protection is the result of the latest discoveries about sun damage. HSP (Heat Shock Protein) is a natural system produced by our body in response to external aggressions such as sun rays or excessive dryness, with the aim of defending our cells against stresses or injuries. Its production declines with age, progressively leaving the skin without defences against external attacks.

Use as with any sunscreen and reapply at least every two hours.

Most deliveries are made by the appropriate TRACKED Royal Mail service and then on to the postal service of your country.

The Only Nature Team.

There are currently no reviews for this product, be the first to leave one below